NUTRITIONAL CARE FOR THE TRANSGENDER COMMUNITY 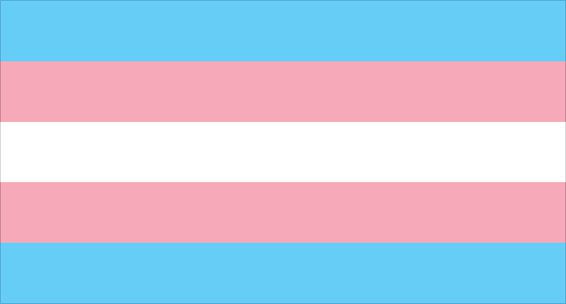 According to a 2016 survey by the Williams Institute, roughly .58% of the US population or 1.4 million adults identify as being transgender. Estimating a true number is difficult as population-based surveys rarely ask about transgender status. 1

Non-binary means the individual does not identify with either male or female and may describe themself as they or them. Not all transgender individuals choose to undergo medical treatment to affirm their gender identity. And transgender does not necessarily mean gay. Gender identity does not determine sexual attraction.

When it comes to healthcare, transgender individuals experience more health inequities than cisgender peers due to discrimination, stigma and limited access to quality care. Transgender individuals are more likely to experience sexual assault and harassment and are at increased risk for substance abuse, STDs, mental health issues and suicide. Transgender women of color are at higher risk for HIV while transgender men have a reduced likelihood of preventive cancer screening. 2

Risk of homelessness, unemployment and poverty are higher in the transgender population as well, which puts them at risk for food insecurity. Point-in-Time Counts note that the adult homelessness rate in transgender individuals is up 88% from 2016 and the number of those dealing with unsheltered homelessness rose 113% in the same time frame. 3

Dr. Whitney Linsenmeyer, PhD, RD, LD, is a spokesperson for AND, assistant professor and DPD director at St. Louis University and clinician for transgender students at the SLU health clinic. She notes the risk for food insecurity in this population is very high.

Ginger Bouvier, MEd, RDN, LDN, a dietitian in New Orleans with Crescent Care has been providing MNT to transgender patients for over a decade. She agrees, “While every patient is different, transgender individuals are often unemployed or underemployed because of bias and discrimination, leading to very high rates of food insecurity.”

Eating disorder risk is high in this population according to those interviewed. “Transgender persons are at greater risk for developing eating disorders for many reasons, some more obvious than others”, according to Laurie Dunham, MS, RD, LD, CEDRD-S of Laurie Dunham Nutrition, LLC | Facebook. “Living in a body that feels incongruent with the gender assigned at birth can be a traumatic experience. Body acceptance is often poor and can lead to social isolation and depression. Obtaining appropriate health care may be delayed due to the significant amount of stigmatization and marginalization this population may face. Disordered eating behaviors such as restricting food intake, binging, and/or purging may be a way to cope with uncomfortable emotions and give a (false) sense of control. Altering food intake is also a way in which a person may attempt to change the shape of their body to appear more masculine or feminine.”

Dr. Linsenmeyer notes that “Adolescents may use harmful behaviors to attain a certain body shape or size, if they have a desire to suppress the development of breasts for example. Disordered eating may also be a coping mechanism for stigma and discrimination. Weight gain or bulking up is common in transgender men as they try to fit in with men in their families body type.”

Ash Hazen, a transgender man, dance artist, personal trainer, and current master’s student in clinical nutrition at the University of Bridgeport admits he suffered an eating disorder as an adolescent and that gender dysphoria had a lot to do with it. “I didn’t have any good representation of gender identity and didn’t learn much about nutrition during treatment. I was trying to control my body from changing through lack of food. When I started testosterone therapy, my eating disorder symptoms decreased.” Ash also notes his primary care doctor started therapy without discussing nutritional changes.

He learned more about his diet after undergoing periareolar bilateral mastectomy surgery. He developed Guttate psoriasis, which may have been related to the procedure. He tried to have his concern addressed at an LGTBQ health clinic, but “no one could even diagnose me properly” His friends suggested a gluten and dairy free diet, which helped his skin clear. He became more interested in nutrition through his own experience and personal training.

Theresa LaMont, RDN, LDN of No Stress Nutrition https://www.nostressnutrition.com who uses they/them pronouns, notes that, “Disordered eating behaviors and dysmorphia/dysphoria are more common among transgender people than their cisgender peers, but due to systemic marginalization, transgender folks also struggle to access care for these issues”.

Estimating nutrient needs in the TG population can be difficult. According to Dr. Linsenmeyer, “There isn’t much research on calculating calories in the transgender population and a range of predictive values may be used. Lean body mass increases with testosterone use along with an increase in appetite. Trans men may gain 2 to 4 pounds or could gain 40 to 60 pounds.” She typically estimates calories using a range of 200 to 300 calories.

LaMont agrees, “Often, dietitians become overly reliant on formulas and charts for making nutrition recommendations, and those may not adequately reflect the diversity inherent in the transgender community. I’m not interested in telling other dietitians which Hamwi equation to use for a transgender woman because whether we use the formula for men or the formula for women, both lack adequate support for application to people who are not cisgender.”

“For transgender people utilizing hormone replacement therapies (such as estrogen or testosterone), we are functionally inducing a second puberty, and with that comes issues we might expect in a first puberty including appetite changes and shifts in body composition. In people who have the capacity for menstruation, it’s important to be aware of how testosterone hormone replacement therapy may influence bone density”, states LaMont.

Dunham believes, “Transgender (TG) nutrition is less about how to calculate goal body weight and which formula to use to assess energy needs. TG care, in general, is more about affirming a client's gender identity without question, normalizing changes in appetite that may occur with hormone use during the transition process, and providing compassionate care. It is working with the person to identify shared nutrition goals, and helping the individual navigate the health care system in order to receive the care needed.”

How RDs can help the transgender population

Dr. Linsenmeyer would like to see more RDs working on healthcare teams with transgender individuals. She mentioned a survey that found only 12% of transgender clinics have RDs to refer to, which is clearly not enough.

LaMont believes that, “RDs should be doing the work to deepen their understanding of gender diverse people OUTSIDE of their sessions. While each transgender person is the expert on their own lived experience and needs, patients should not have to do "trans 101" level education in order to receive competent nutrition care.”

LaMont also stresses that, “All dietitians, but especially cisgender dietitians, can create more affirming spaces for transgender folks by engaging in practices like sharing their pronouns and asking for patient pronouns on intake forms. Differentiating between legal name and the name a person prefers to be called is also a helpful thing to have on intake documents”.

In addition, “Dietitians should also request information related to a persons’ gender transition only insofar as it affects nutrition related recommendations”, encourages LaMont.

We as dietitians have much work to do in this challenging area of nutrition therapy. We can better serve the needs of transgender patients’ needs by listening, researching and being a compassionate, open-minded advocate of care for this underserved population.

1. How Many Adults Identify as Transgender in the United States? – Williams Institute (ucla.edu)